At the crossroads between street arts and urban planning, Les Animaux de la rue is a touristic and cultural permanent installation, specially designed for the city of La Roche sur Yon. Today, 13 wooden and steel animals stand in the middle of Napoléon Square and the story goes that they came from the secret collections of the famous Egyptian campaign. They can be operated from the banks by members of the public, free of charge.

ConstrucTED IN 2013 AS PART OF A VAST urban renewal PROGRAMME of the city centre, IN COLLABORATION WITH architect ALEXANDRE CHEMETOFF.
THE PROJECT IS led BY THE city OF LA ROCHE SUR YON AND PAYS DE LA LOIRE REGIONal council.

June
l’EXPÉDITION VÉGÉTALe  FOR THE reVEGETATION programme in the square

March
PETITs CONCERTS MÉQUANIQUES DANS LES BASSINS production for the OPENING OF the CONSTRUCTION SITE. THE DROMADARY appears in the BOURG SOUS LA ROCHE area of the city

February
THE HIPPOPOTAMUS appears in the FORGES area of the city

2011
October
THE PROJECT is approved by the city council 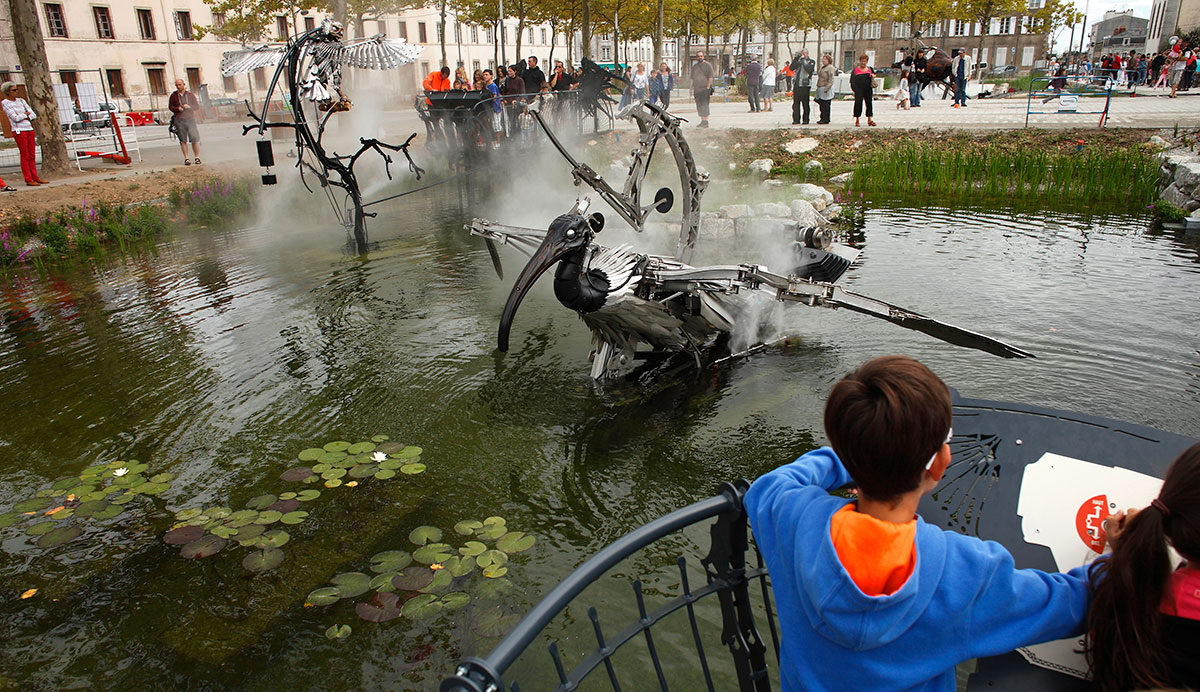 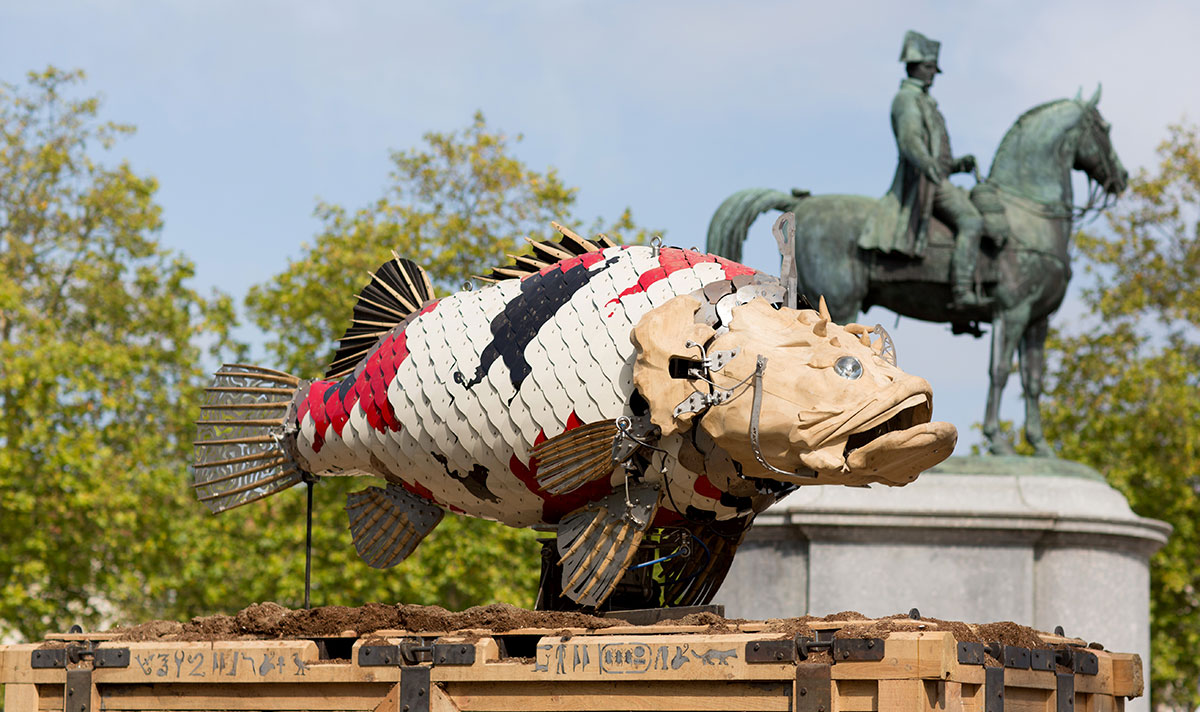 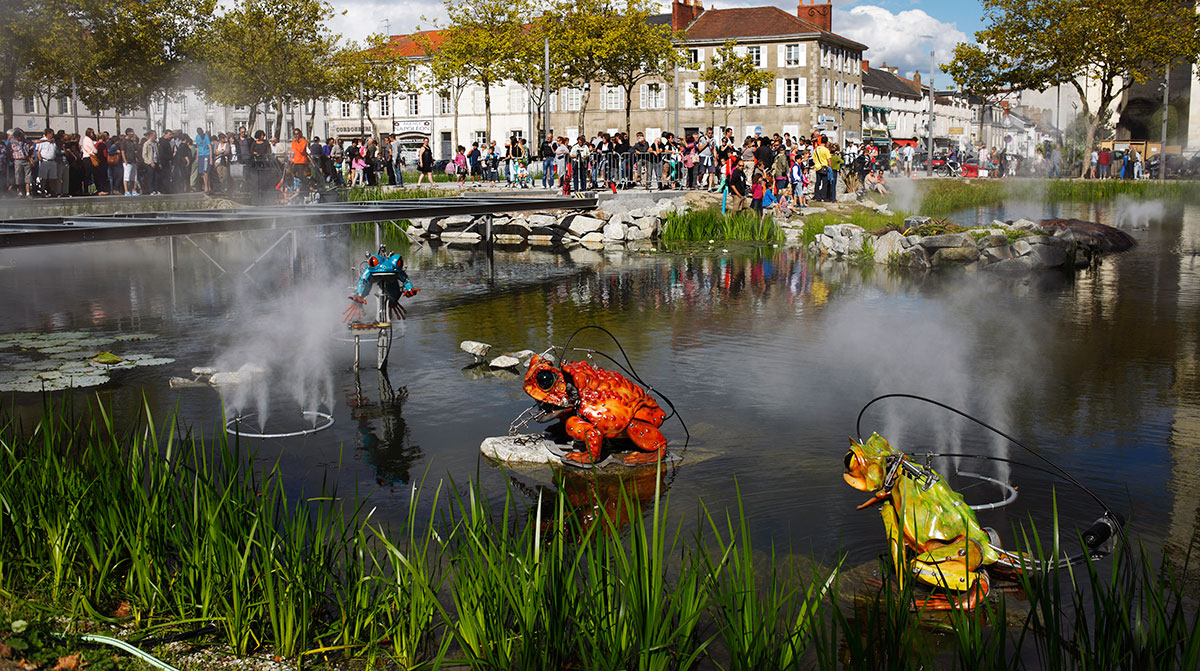 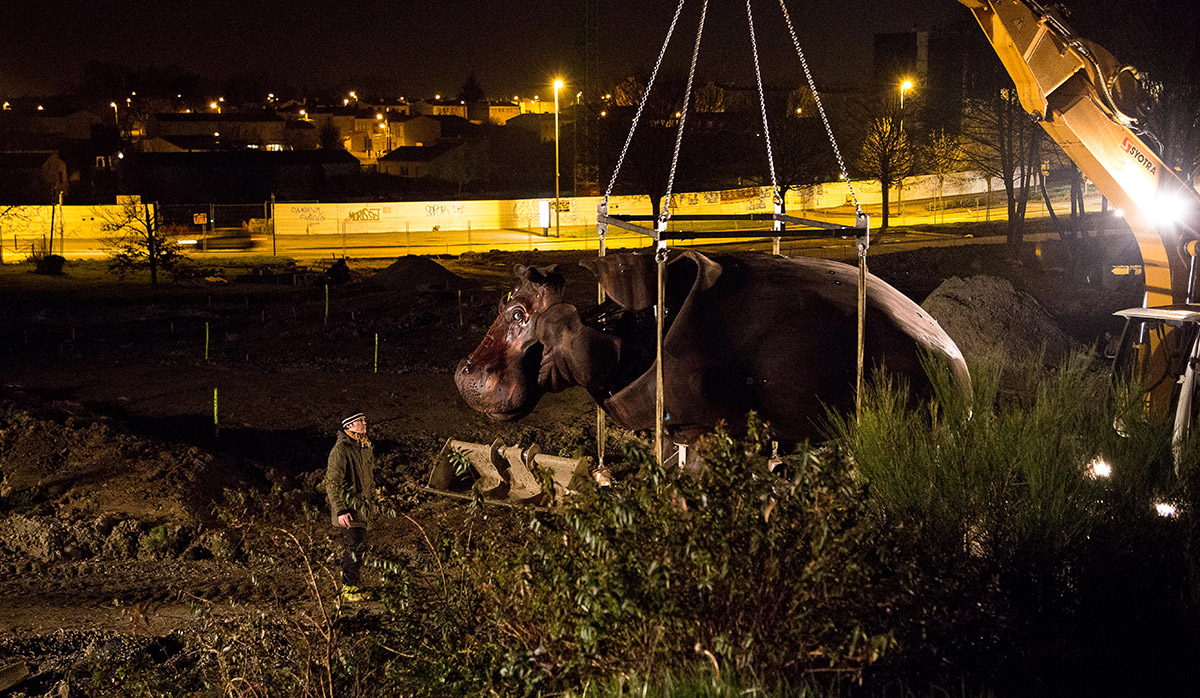 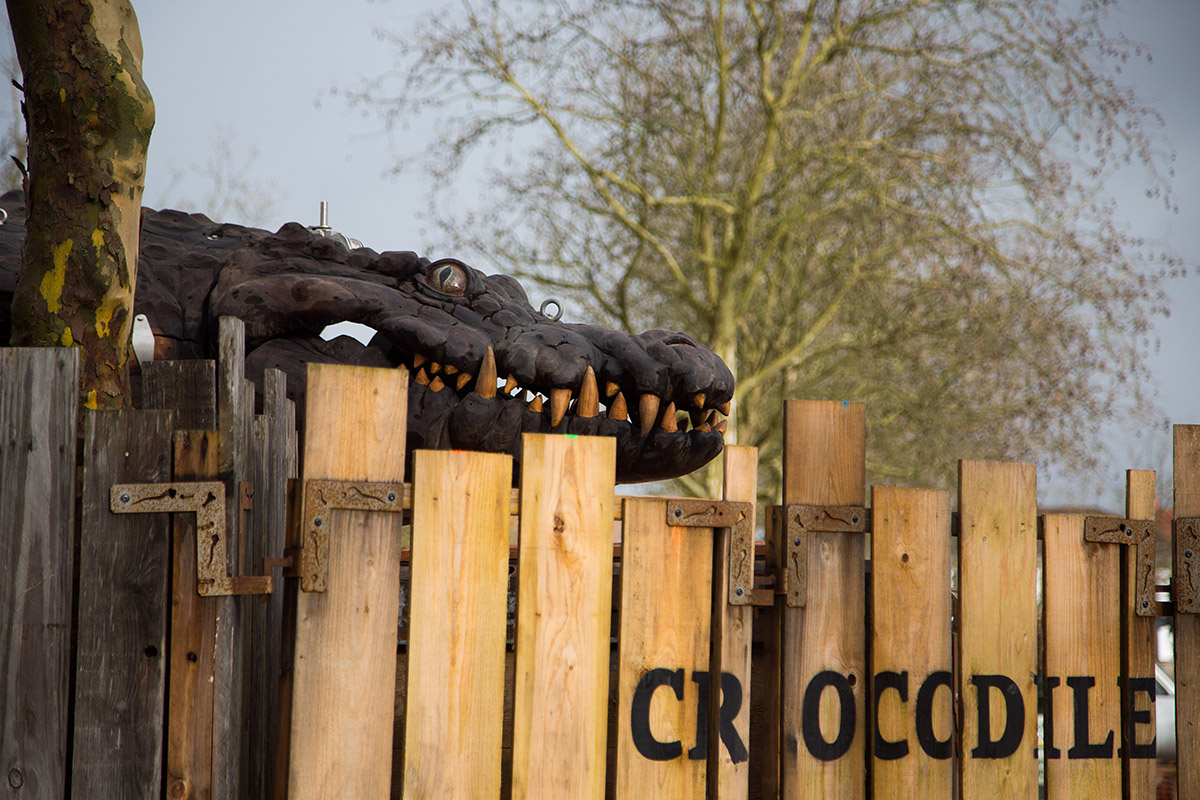