Les Machines de l’île created by François Delarozière and Pierre Orefice, are at a crossroads between culture and urban planning.
Their development is in three stages – Le Grand Éléphant in 2007, Le Carrousel des Mondes Marins in 2012 and next L’Arbre aux Hérons. These perennial touristic facilities are on show daily, thus contributing to reinforce the territory’s attractiveness.

Unlike all attraction parks where audiences are enclosed, these monumental machines are integrated and visible in the urban landscape, on Nantes Island, right in the middle of the city.

At the heart of this factory are the workshop and La Machine Company, the lungs of the facilities. From panoramic viewpoints, visitors can watch the construction of the machines which will, when completed, irrigate the public space.

These City Machines are life accelerators. They stage viewpoints from which the renewed city can be observed.

The project Began in 2004, as part of a vast urban renewal programme on Nantes Island, in collaboration with architect Alexandre Chemetoff.
The project is led by Nantes mÉtropole. 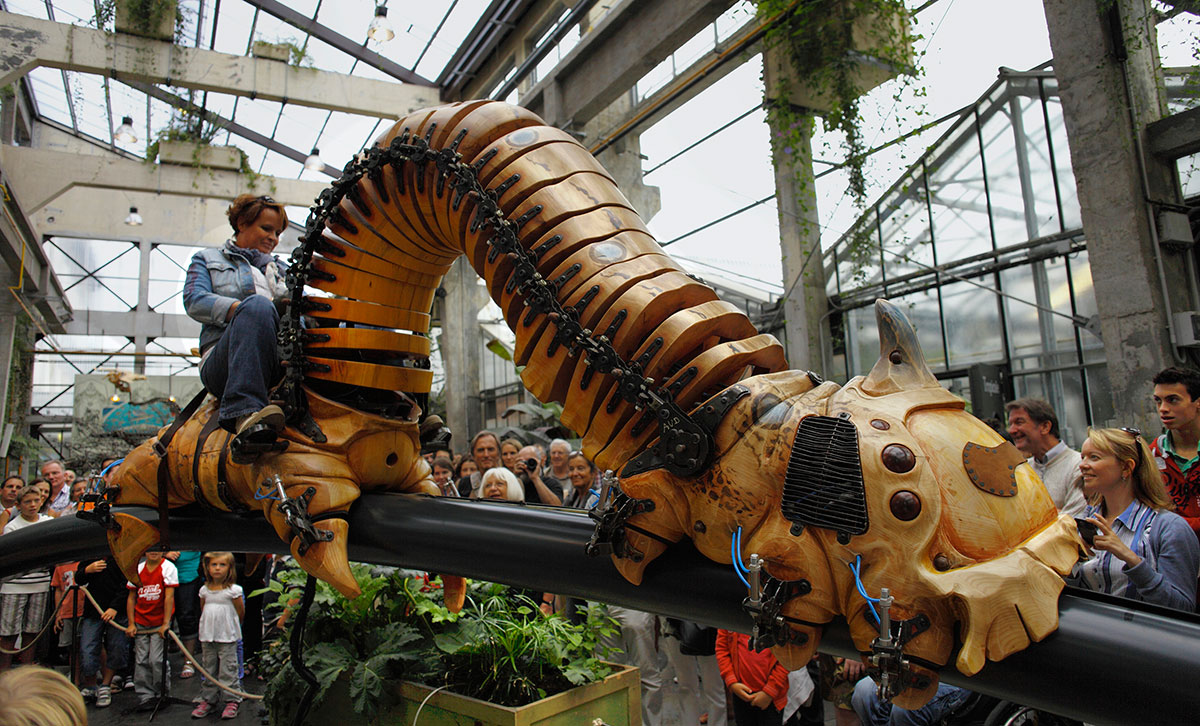 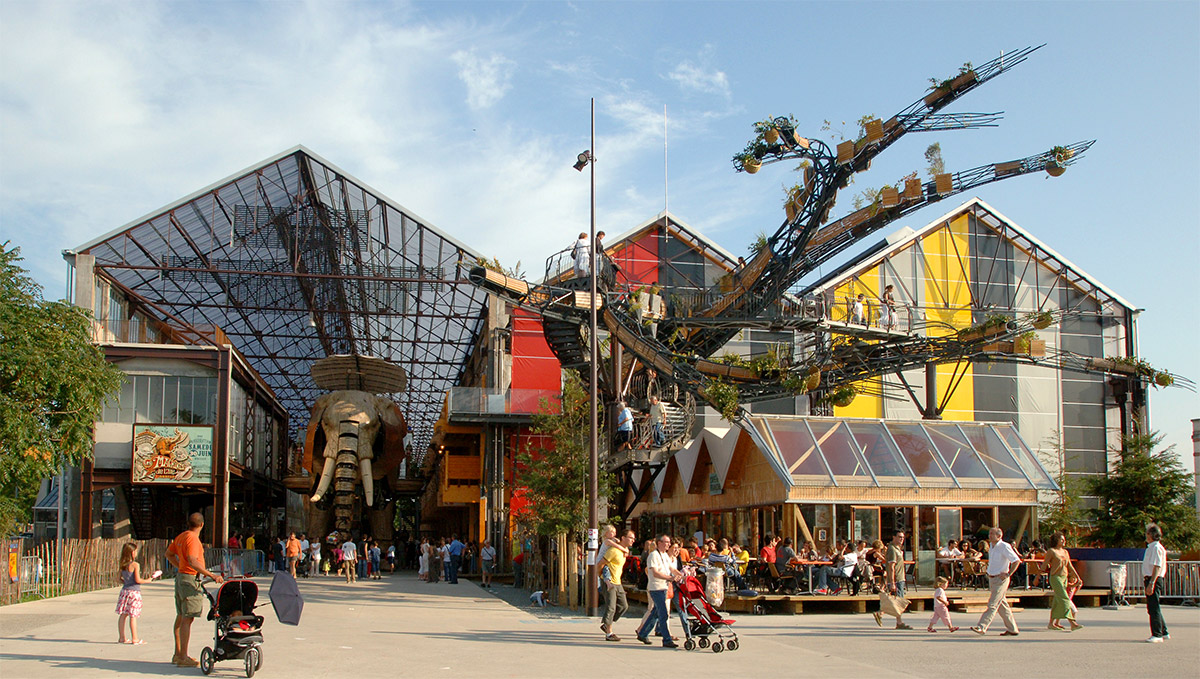 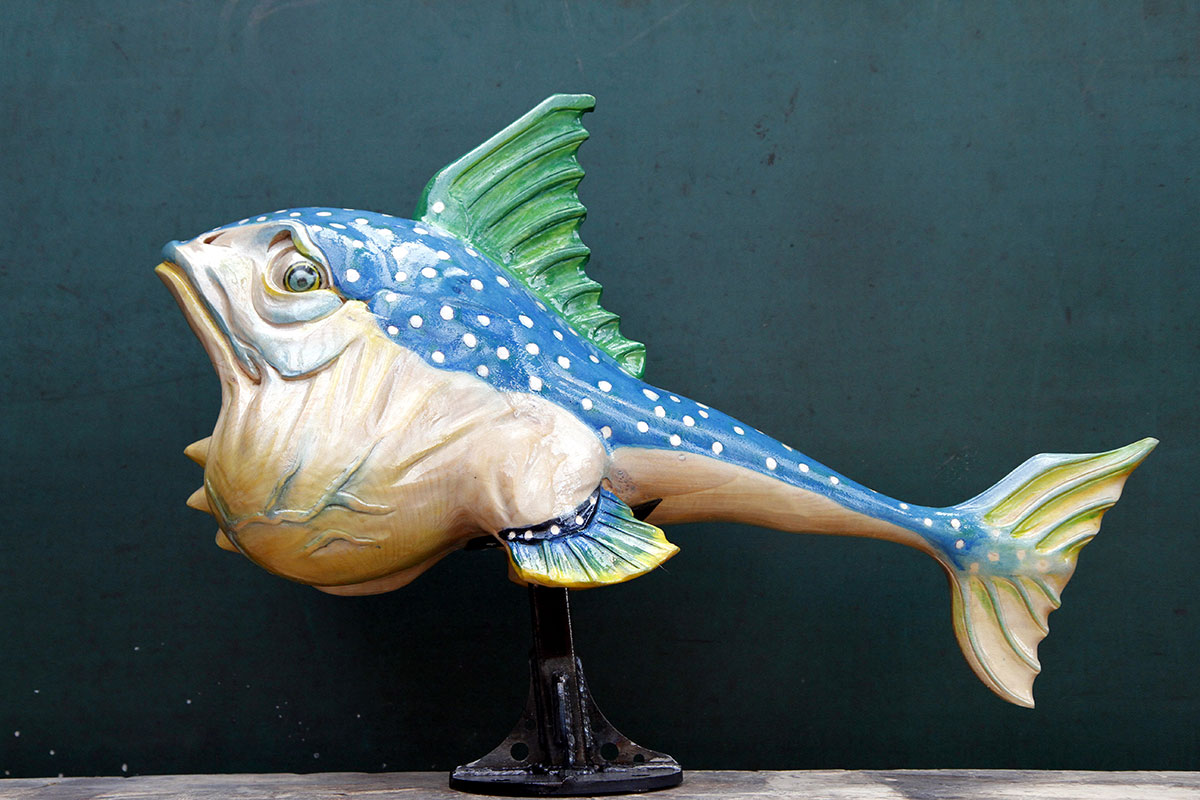 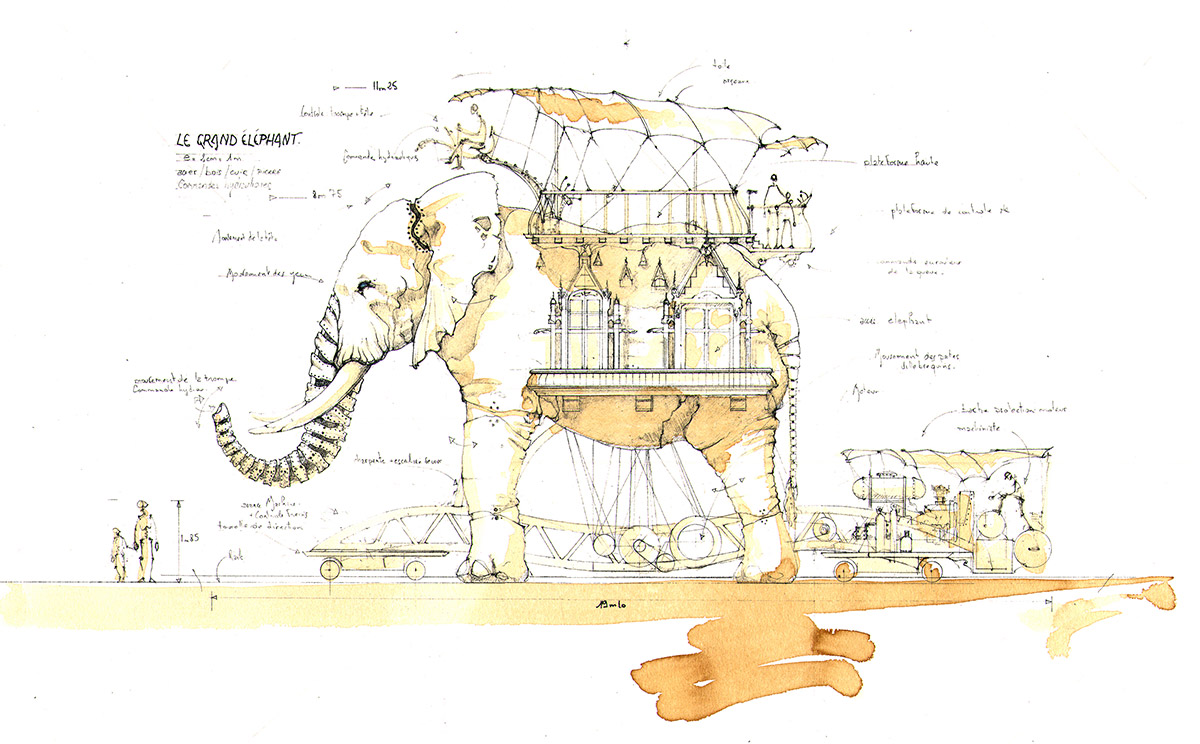 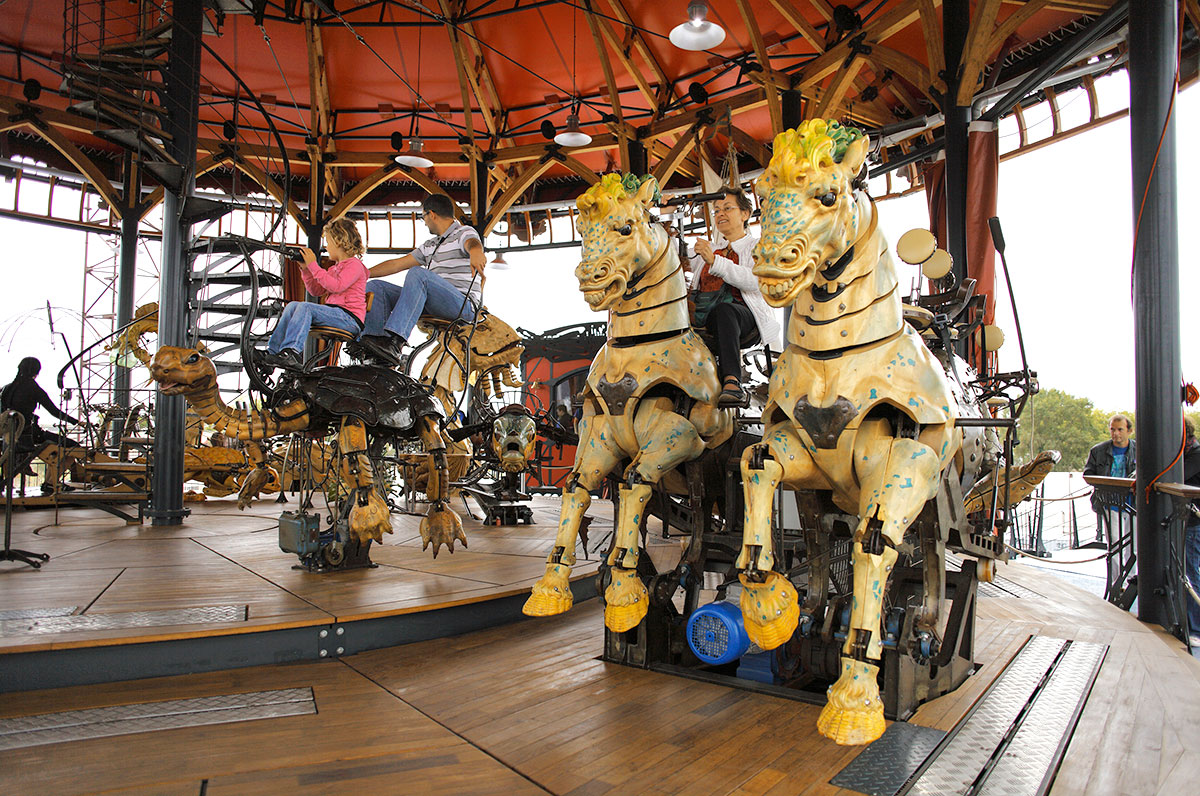 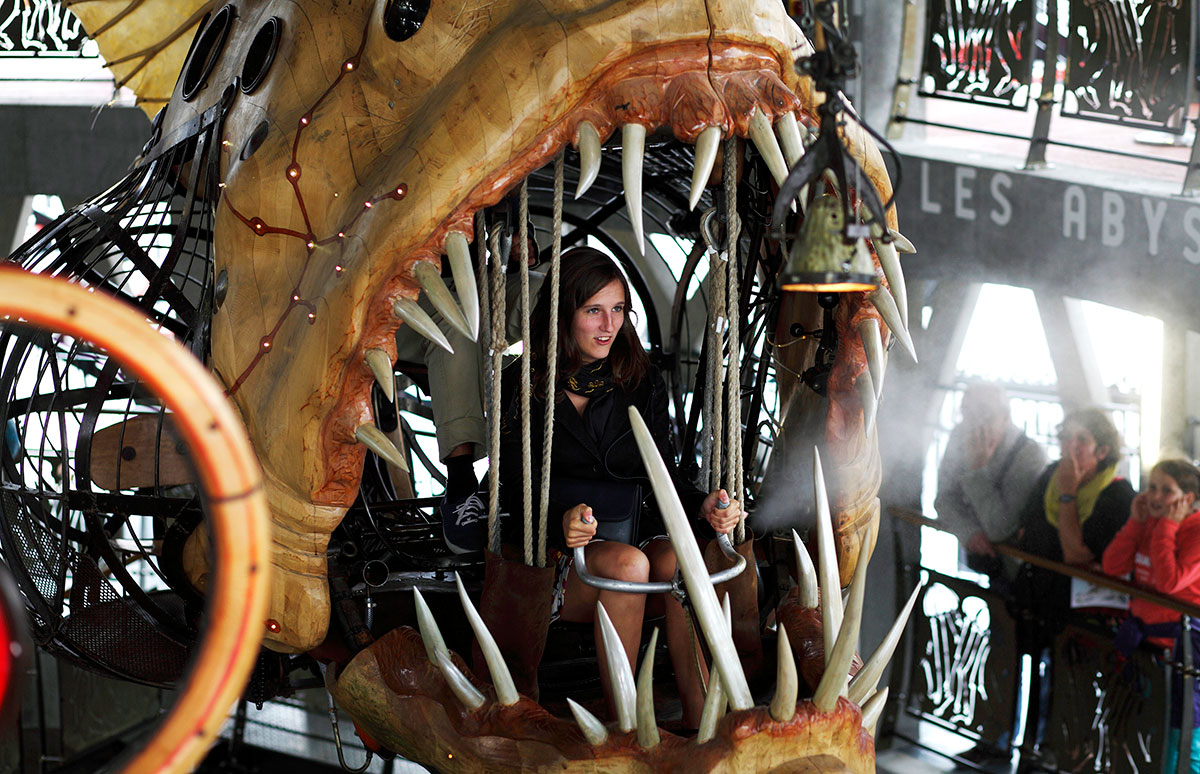