–
Come back from Calais
–

From October 31th to November 3rd, 2019, the Dragon de Calais took its first steps in the North of France. One day of prologue and three days of shows during which spectators followed the adventure of the strange creature from the sea.
At first mistrustful, men and women have gradually tamed the machine before adopting it permanently in their city. Invited to stay, the huge Dragon became the Dragon of Calais. 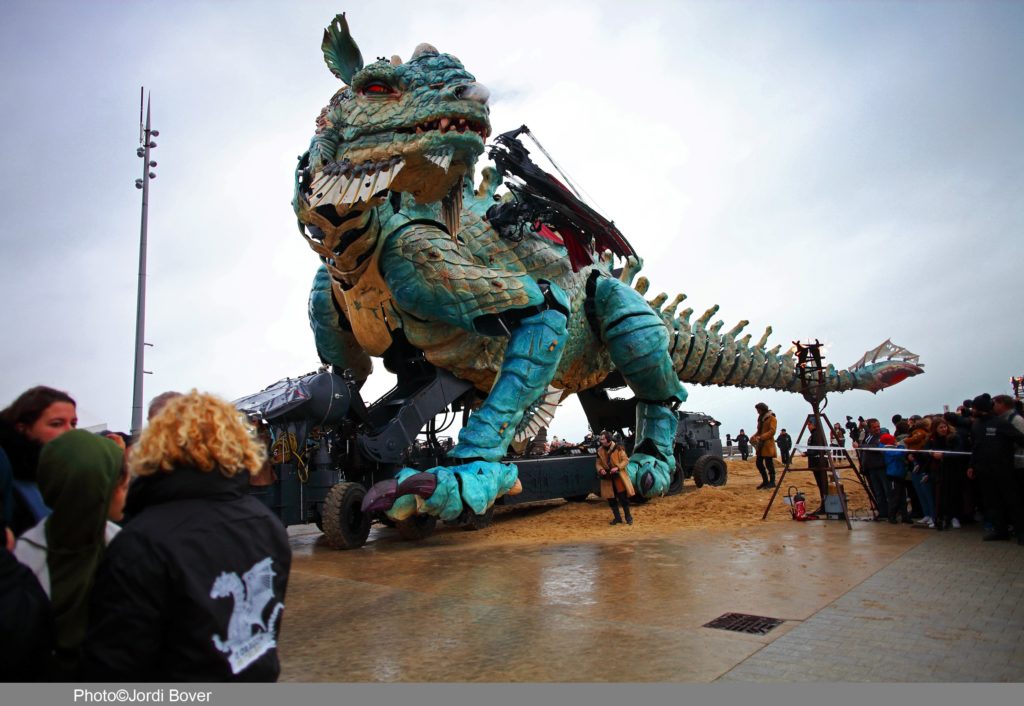 Nearly 400,000 spectators attended these four days of festivities, despite the unpredictable weather. The show was also particularly watched on social networks where about 4 million Internet users followed the journey in the town of #DragondeCalais. 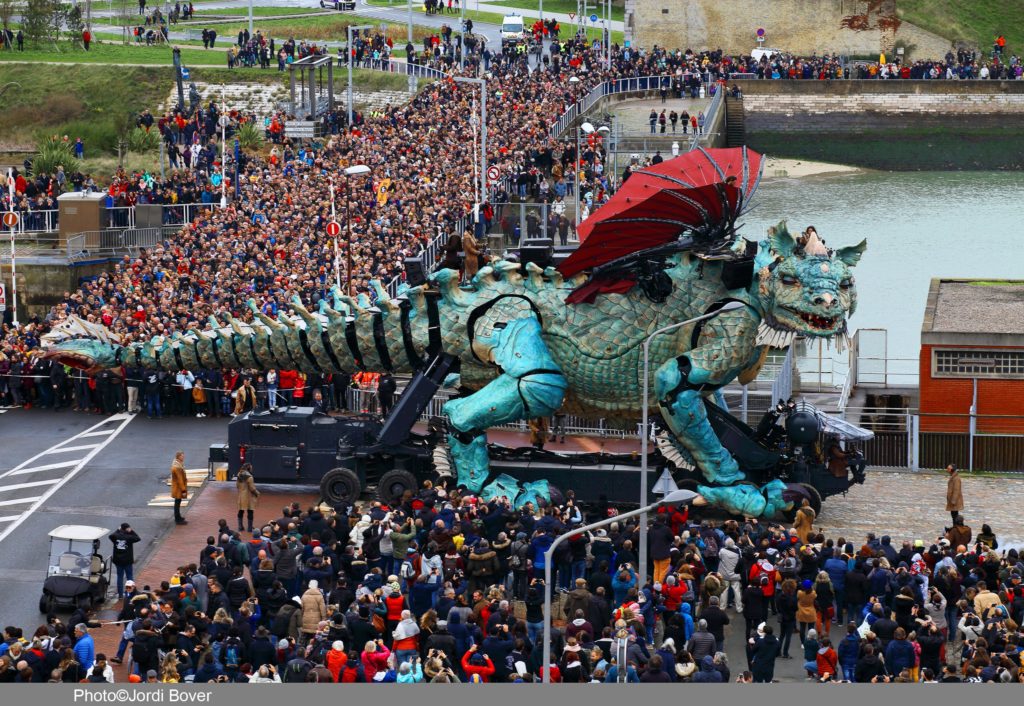 From December 17th, the Dragon of Calais will definitively take up residence facing the sea, carrying on its back about fifty passengers. La Compagnie du Dragon will ensure the commercial exploitation and technical operation of the Dragon and other future saurians.

A film on the adventure of the Dragon de Calais and the urban project in Calais will also be produced in a few months by the company Xbo Productions.

Find other photos of the show here +

Find the National and International Press Review of the show here + 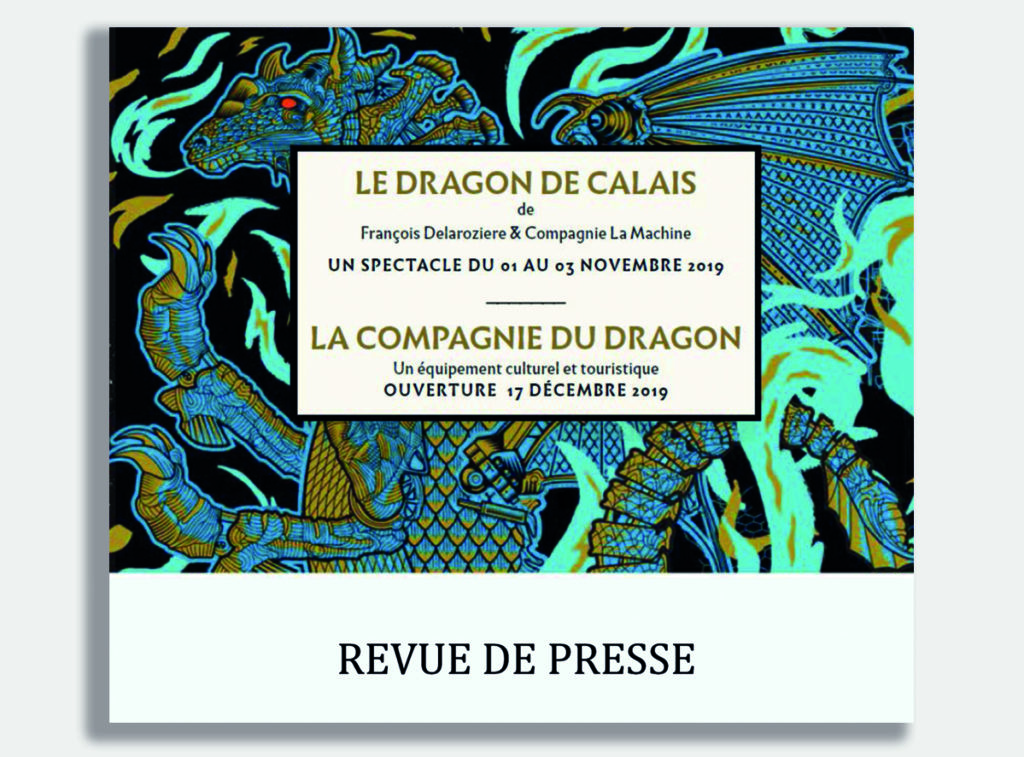